Now it uses the latest versions of Multipetros.Validation.dll for the vatin validation, Multipetros.WebServices.dll for receive data and jQuery library for optimization of their presentation.

For more info, downloads and updates see at the Vatlidator home page multipetros.gr/public-projects/vatlidator/

At the moment these classes are available:

– class AfmInfo
Automate the downloading process of RgWsBasStoixEpitRtUser object for a given Greek VATIN using the SOAP messages from the Greek GSIS Government web service. The downloaded object have fields with info about the given VATIN.
AfmInfo also used as a wrapper that convert RgWsBasStoixEpitRtUser fields into Properties and provide better and safer access ways. Except the Properties, have Methods to get the original dowloaded object and a Dictionary with the Properties Names as dict. keys and their values as dict. values.

Trying to compile a C# project with some Web Referenes via the SharpDevelop IDE I take an error message, that the “Compilation task failed because sgen.exe was not found”.

Sgen.exe is a XML Serializer Generator tool which creates an XML serialization assembly for types in a specified assembly in order to improve the startup performance of a XmlSerializer when it serializes or deserializes objects of the specified types. The Sgen.exe tool generate those assemblies in advance and these assemblies can then be deployed with the application. The XML Serializer Generator can also improve the performance of clients that use XML Web service proxies to communicate with servers because the serialization process will not incur a performance hit when the type is loaded the first time. These generated assemblies cannot be used on the server side of a Web service. This tool is only for Web service clients and manual serialization scenarios.

By default, the project properties set the “Generate serialization assembly” to “Auto”. And this generate the error when going to build a project that the system found the need of Serializer Generator usage, and the tool not found.

The sgen tool does not installed with the .net framework, but with the only with the MS SDK for Windows 7 and .NET Framework, so, the fastest and lightweight sollution available, without installing the MS Whindows SDK, is it to download the SDK in iso format, open the iso images with an archive manager wich support iso files (such as the open source 7Zip) and extract the sgen tool following the steps above:

——
*in my example I use the .net framework 3.5, for another version you must download the appropriate SDK and put the files at the C:WINDOWSMicrosoft.NETFrameworkvX.X you target. 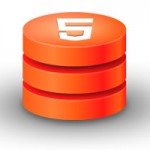 Current versions of Chrome, Safari, Opera and IE they implement HTML5 localStorage quite unsophisticated, ignoring the affiliated sites (and subdomains) storage limit as provided by the specification. So, by setup perpetually subdomains exploiting this weakness, and with some tricky code, a site can fill up completely the user’s hard disk space.

Feross.org, create proof-of-concept web site, the FillDisk.com and make the code they used available at the GitHub, also with submitting bug reports to all exploitable browsers dev teams.

This exploit can affect systems with Chrome 25, Safari 6, Opera 12 & IE 10 and prior versions of these browsers with localStorage feature.

The only bullet-proof major browser is the Firefox, because of smarter and more in line with the standards implementation, of the localStorage feature.